Is Porsche’s mid-engined supercar still in development, or has it been secretly killed off behind closed doors?

Does anyone even remember Porsche’s forgotten supercar project?

A few years ago, I heard a rumor about Porsche developing a mid-engined supercar set to compete with the likes of the Ferrari 458 and the Lamborghini Huracan. When I thought about it, this concept actually made a lot of sense.

I have a friend who is a very passionate Ferrari enthusiast and we always go back and forth about Porsches and Ferraris. Yet every time I would argue, I could never really find a Porsche that was really designed to compete with the Ferrari 458. There was the 911 Turbo, which would win in a straight line, and the GT3 which would win at a track, but the more I thought about it, both the Turbo and the GT3 were not really designed for the 458; with the Turbo being a GT car and the GT3 being a track car. There was no real Porsche “supercar”. Some would argue that the 911 GT2 and GT2RS were proper competitors but my friend and I agreed that these cars were really in their own league slightly above the 458. This bugged me for a while so one can only imagine my enthusiasm when I heard about this new car.

The years went on and on and eventually, this dream of a proper mid-engined Porsche supercar slipped out of my mind as I devoted my time to other things. This was all until a few months ago when the thought of this car randomly slipped into my head. Now, I hadn’t heard anything about this mythical supercar for a few years and I decided to do some research. It turned out that sometime in 2016, Porsche trademarked the name, 960, for its upcoming supercar. There were actually quite a few articles, all of which I was happy to read. Basically, I learned that the 960 was to be powered by a flat 8 engine and that it was going to be revealed for the 2019 model year. Then I realized something, it was the middle of 2018 and we had heard nothing; I looked closer at the articles, they were written around 2016. Had Porsche stopped development or had they moved this project behind closed doors? After reading some more, I realized that the project may have been either delayed or canceled due to Volkswagen’s dieselgate scandal (which is probably the case). But I choose to be optimistic. It is my prediction, that the Porsche 960 will be unveiled at the upcoming LA Auto Show this year or a major auto show early next year. God, I hope I’m right. 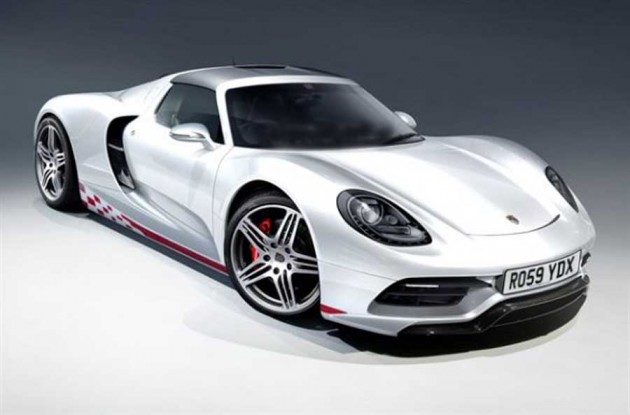