Let’s be honest with ourselves, we know it’s coming and it’s coming sooner rather than later. Around 2023 probably, when the new 992 911 gets it’s mid-cycle refresh or even sooner as Porsche might surprise us at the LA Auto Show this year.

Let’s be honest with ourselves, we know it’s coming and it’s coming sooner rather than later. Around 2023 probably, when the new 992 911 gets it’s mid-cycle refresh or even sooner as Porsche might surprise us at the LA Auto Show this year. But is a hybrid 911 really all that bad?

I think Porsche can take this two ways: they can either keep downsizing and hybridizing until we are left with a rear engined Prius, or they can use this hybridization to keep their beloved naturally aspirated engine alive. I don’t know about you, but I’d take the latter over the former any day. Some might say I’m stretching this a little too far and being too optimistic but hey, it’s all we’ve got. Believe it or not, Porsche did this before with the 918 Spyder. They could have easily put a downsized, turbocharged torque monster in the engine bay, but instead they chose to go with a 9000 RPM screaming V8 and I’m hoping they do the same when a 911 hybrid comes around. The chances are slim however, but I choose to be optimistic.

But, if Porsche choose to go with the former, it won’t be all that bad either. The turbo engines that we have right now in all the 911 models except the GT3 and GT3RS, aren’t all that bad. From the interior at least, they sound just like any other 911 and those turbos offer a massive torque boost and tuning potential. In any case though, a combustion engine is better than no combustion engine however and a hybrid system will definitely keep the combustion engine around for a lot longer. Either way, now is a great time to be a 911 fan and the future is bright.

Comment what you think, is a hybrid 911 with a naturally aspirated engine better, or a pure turbocharged one? Also check out our new Facebook group (link in the contact page). Donations are gratefully accepted as well (link in contact page)! 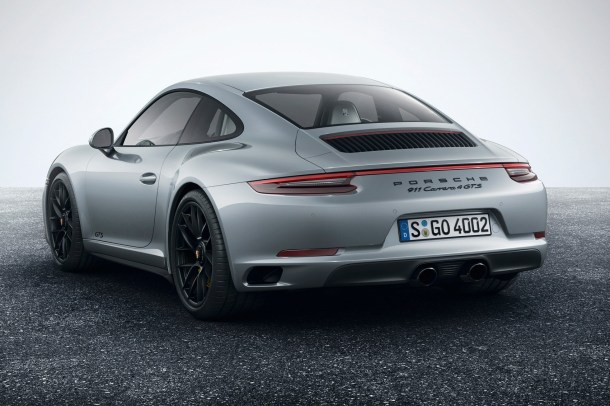 I'm just a guy who loves cars, and is ready to share that love with the world. View all posts by Anthony P