Before I start, I would first like to thank @lennsport for taking the time out his busy day to make this review possible. He is a true car enthusiast and just a great guy to be around. This wouldn’t have been possible without him.

As time has progressed, so have cars. Cars today are in every way faster and more efficient than they were 10, 20, and 30 years ago. With fancy turbocharged engines, lightning fast dual clutch transmissions, crazy suspension, and carbon ceramic brakes the size of my boxster’s wheels, it’s no surprise at all. But notice how I said “faster” instead of “better.” This is because as we have seen, faster, does not necessarily mean better. I am a firm believer that there is such thing as too much horsepower when it comes to how fun a car is. That is why I firmly believe that the 997.2 GT3RS is the best driver’s car money can buy, period.

Don’t get me wrong, the new GT3RS is a phenomenal car (if you don’t believe me click on this sentence to see our review of one) but it is nothing compared to the 997.2 in terms of driving pleasure.Let me explain.

The Looks and Interior

Looks are subjective, I’ll agree to that. Some people don’t like the look of Porsche’s GT cars with their flared wheel arches and monstrous wings, heck, some people don’t like the look of the Porsche 911 as a whole; I am not one of those people. In my humble opinion, the 997.2 generation is the best looking 911 out there. It has perfect proportions, subtle yet noticable lines, and those perfect tail lights. Combine this subtle, yet special body with the wing and flares of a GT3RS and you get pure perfection, I mean just look at it. It’s not wide like a 4 lane freeway, but it’s not a motorcycle either. If there is a “Goldilocks 911,” this is it. Also it’s the only car in the history of mankind to look good in red wheels which is a plus in my book.

The interior is probably the least special thing about this car and that’s saying something. It’s just as refined and high quality as any 997 with touches of red alcantara and fabric door pulls to make you feel a little special. The seats though are something else. Those buckets are straight out of a racecar and they hold you in like one; they are not for people with back pain.

Thanks to you guys, I’ve been lucky enough to experience a variety of supercars and sports cars in my life with the 997.2 GT3RS being one of them. And if you’re all about specs and 0-60 times, I’m afraid you’ll be disappointed, this is not the car for you. With 450hp coming out of its 3.8 liter flat 6 and a 3,020 lb curb weight, the 997.2 GT3RS is no slouch, but it’s not at the level of today’s supercars, and quite frankly, I don’t really care. After driving a Ferrari 458, I learned what it means to have too much power. The GT3RS is riding this fine line where it’s blisteringly fast, but not too fast to be unusable. Also, one thing that I noticed was just how linear the power delivery was. They weren’t lying when they said they’d put a racing engine in the GT3RS, that Mezger motor is true to a racecar, much more so than the engine of a 991 GT3RS.

Speaking of that glorious Mezger flat 6, one thing that makes the GT3RS so enjoyable is its sound. In a world of muffled, turbocharged, souless, engines, the song of the 997.2 GT3RS is a true gem. The sound is just so raw and unfiltered, it makes the new GT3RS sound like a Tesla. As you climb through the revs (and oh does this engine like to rev), the hairs on the back of your neck stand up as you hear the cams, valves, and exhaust all working in perfect unison up to its 8400 rpm redline. Even at startup and idle, it sounds special with its vibrating flywheel making it sound like a cammed V8 at idle. Long story short, the 997.2 GT3RS is loud and proud, with no compromises what so ever.

The Way It Drives

Everything I’ve mentioned so far: racecar looks, the racecar seats, the racecar engine, and the racecar sound lead up to the 997.2 GT3RS being one of the best, if not the best driving cars ever made. This is largely in part because everything is connected together by a perfect, 997 era 6 speed manual transmission complete with a factory short shifter and tightened gear ratios. The manual is what really brings this car together, and it’s what sets it apart from the competition. Combine this beautiful setup with perfect hydraulic steering feel and some racecar suspension as a nice little cherry on top and you get the 997.2 GT3RS. You know it’s special just by looking at it and after one mash of the throttle pedal, you know you’re in for a treat. The car just grips and grips and grips, just like the new GT3RS’ of today. That suspension gives you a tough time on the street but when you’re going fast, that equates for ZERO body roll. This thing truly corners like it’s on rails. I said before that this car’s acceleration makes it feel outdated, but that is NOT the case with the handling, if anything, it feels much faster than any new supercar. 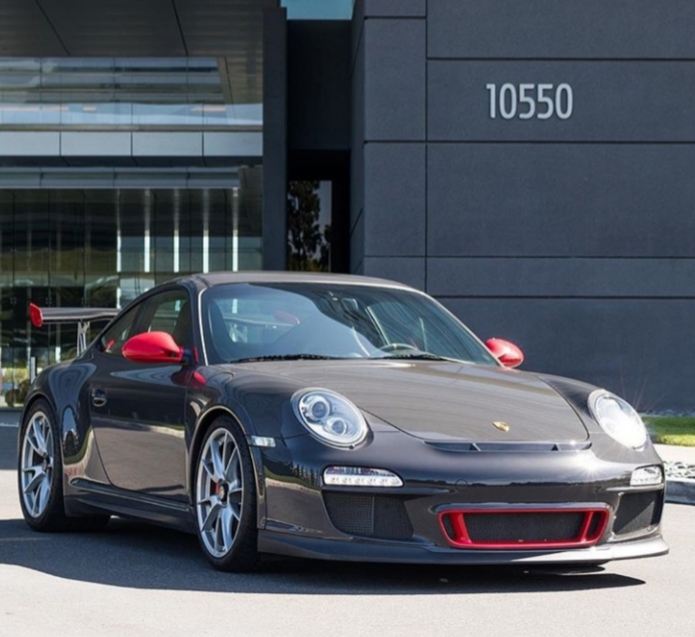 Going in to this review, I thought the 997.2 GT3RS would feel like a more powerful and slightly sharper version of my 997.1 Carrera. I didn’t think for a second it would be on par with the new supercars of today. Thankfully, I was wrong, this is in every way, a tried and true supercar (scratch that, racecar, this is a racecar). And after reviewing it, I know why they’ve become so expensive. There simply is nothing like it on the road today, and there probably never will be ever again. The 997.2 GT3RS was the last supercar of the Golden Age.

Do you have a cool car for us to review? If so, please feel free to contact us via Instagram @rsreportblog. Thank you!

As always, THANK YOU FOR READING and come back next Sunday for a brand new article. Don’t forget to follow us on WordPress and share this article with your friends! Follow us on Instagram at rsreportblog and check out our Facebook Group, Porsche Enthusiasts United. Feel free to suggest new topics in the Contact Page. Newly added on the contact page is a link to the Porsche Club of America website which you should definitely check out HERE! Thank you for reading and don’t forget to come back next Sunday!

I'm just a guy who loves cars, and is ready to share that love with the world. View all posts by Anthony P